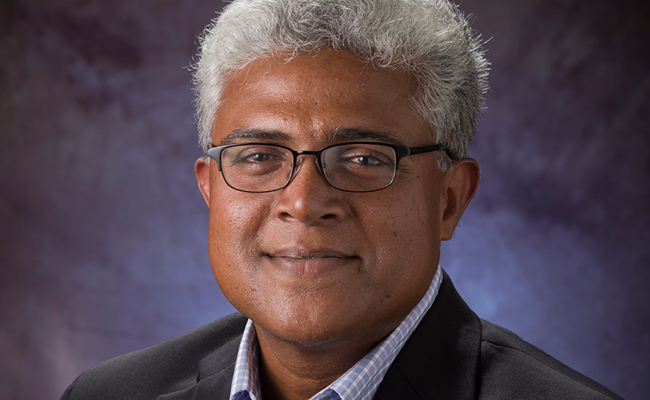 The National Academy of Inventors has selected three University of Georgia faculty – including a professor in the College of Engineering – as 2022 NAI Senior members. NAI Senior Members are faculty, scientists and administrators with a proven ability to invent and innovate. Only 83 members were selected for the honor in 2022, with those individuals holding more than 1,000 issued U.S. patents.

“Faculty research is the engine that drives the University of Georgia’s innovation ecosystem,” said Karen Burg, vice president for research. “We are proud of Dr. Das, Dr. Adang and Dr. Popik for their important work in multiple applied fields. I congratulate all of them on being selected as NAI Senior Members.”

A founding faculty member of the UGA College of Engineering, Das is the Georgia Athletic Association Professor in Agricultural and Environmental Engineering. His research is focused on sustainability and alternative energy. His efforts led to 14 invention disclosures and six U.S. patents. Seven companies were founded based on his research, including six by students who graduated from his laboratory.   Today, these companies employ more than 75 people. He also launched UGA’s first graduate course on entrepreneurship and technology commercialization, with support from Innovation Gateway.

Adang is a professor of biochemistry, molecular biology and entomology in the Franklin College of Arts and Sciences. He is a leading researcher in employing Bacillus thuringiensis(Bt) toxins to control pests. His laboratory was the first to discover a Bt toxin receptor in insects, and his work was integral to developing a method to optimize Bt gene expression in plants. This optimization led to varieties of corn and cotton that can resist insects without pesticides. Throughout his career, Adang has produced 20 invention disclosures, received 24 U.S. patents and authored more than 100 research articles.

A leading researcher in organic photochemistry, Popik is a professor of chemistry in the Franklin College of Arts and Sciences and studies metal-free “click chemistry.” This type of chemistry focuses on the use of simple, high-yielding reactions for modifying various substrates. His research has led to 15 invention disclosures and six issued U.S. patents. These inventions cover the development and applications of two novel light-directed ligation techniques, as well as the most popular and the most reactive click-reagents on the market. Popik is also the author of more than 100 peer-reviewed papers.

Senior Members will be formally inducted at the annual meeting of the National Academy of Inventors, to be held June 14-15 in Phoenix. A full list of NAI Senior members is available on the NAI website.