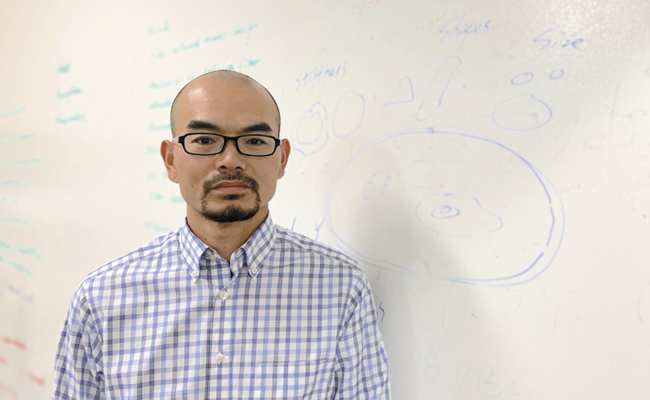 Xianqiao “XQ” Wang, an associate professor in the University of Georgia College of Engineering, has been named a Fellow of the American Society of Mechanical Engineers (ASME). He joins an elite group of fewer than 3,500 Fellows out of more than 90,000 society members.

The ASME Committee of Past Presidents confers the honor of Fellow in recognition of significant engineering achievements, contributions to the mechanical engineering profession, and to a career of service to the public. Candidates for Fellowship must be nominated by other ASME members and must have 10 or more years of active practice.

Wang joined the UGA faculty in 2012. His research focuses on computational mechanics, brain mechanics, multiscale modeling, and materials by design. For example, his study of the human brain’s architecture opened a new path for exploring the relationship between the brain’s structure and its function. His research is supported by the National Science Foundation and other agencies.

Wang’s research been published in many high-profile journals including Cerebral Cortex, Human Brain Mapping, ACS Applied Materials & Interfaces, ACS Nano, and Advanced Functional Materials. In addition to being named an ASME Fellow, Wang’s honors include the College of Engineering’s Award for Excellence in Instruction (2018), a UGA Lilly Teaching Fellowship (2017), and the International Computational Method Young Investigator Award (2016) among others awards.

Wang received his Ph.D. in Mechanical and Aerospace Engineering at George Washington University. He earned master’s and bachelor’s degrees in engineering mechanics at Hunan University in China.