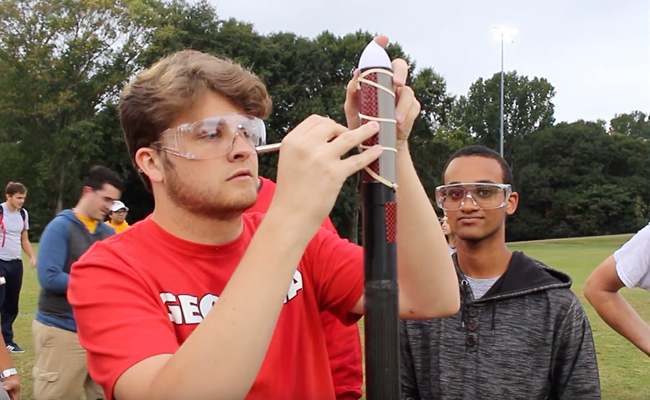 A team from the University of Georgia College of Engineering is one of five finalists in this week's Bayer Alka-Rocket Challenge at the Kennedy Space Center, competing for a chance to win $30,000 and a chance to break a Guinness World Record.

Organized by UGA's Student Aerospace Initiative (SAI), the team has spent months designing, building and testing a rocket powered by the chemical reaction that occurs when effervescent Alka-Seltzer tablets are mixed with water. The finalists were selected by a panel of judges based on the design, execution and creativity of their rockets. The five teams will launch their rockets Dec. 12. 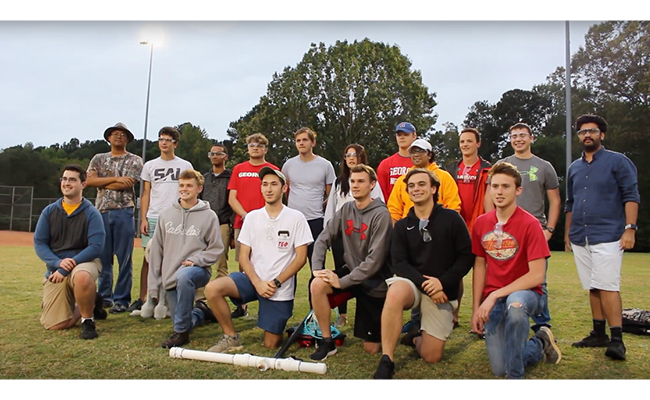 "I believe this team’s success comes down to commitment," said Trevor Houghton, a second year mechanical engineering student. "The team is full of hard-working, diligent individuals who consistently show up every week to build and improve the rocket.  Without our team, the rocket would never leave the pad."

This is the second consecutive year UGA's team has made it to the finals. The other finalists include last year's champion and world-record holder, Brigham Young University, which launched its Alka-Rocket to a height of 883 feet. Other finalists are University of Minnesota, Twin Cities, Schoolcraft College, and Cal Poly.

"It's an honor to be selected as national finalists for the second year in a row and the whole team is determined to make it count," said Jack Sayers, a fourth year mechanical engineering major. "We've been working around the clock to ensure that our design works reliably every time while achieving the highest possible launch."

Team members say they've focused on thrust, weight and safety while designing and building their rocket. They've also redesigned the rocket's recovery system to ensure it can return to the ground in one piece. 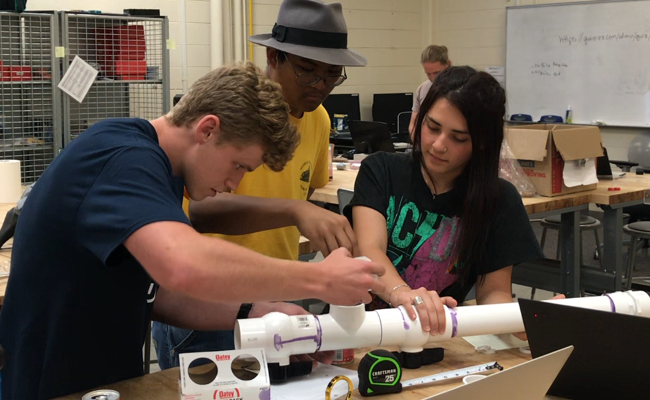 One of the biggest design challenges the team has faced is creating a perfectly sealed connection between the rocket and the launch pad, according to Houghton. To avoid losing pressure and thrust, the team came up with a dual O-ring design, with one ring fitting in the nozzle of the rocket and another built into the connector itself.

"The Alka-Rocket Challenge, among the other projects that the Student Aerospace Initiative works on, allows concepts from the classroom to be applied to real world problem solving," said Jonathan Shoemaker, a third year student majoring in electrical engineering and economics. "These real-world challenges give a great opportunity to apply theory and skills learned through the UGA Engineering curriculum."