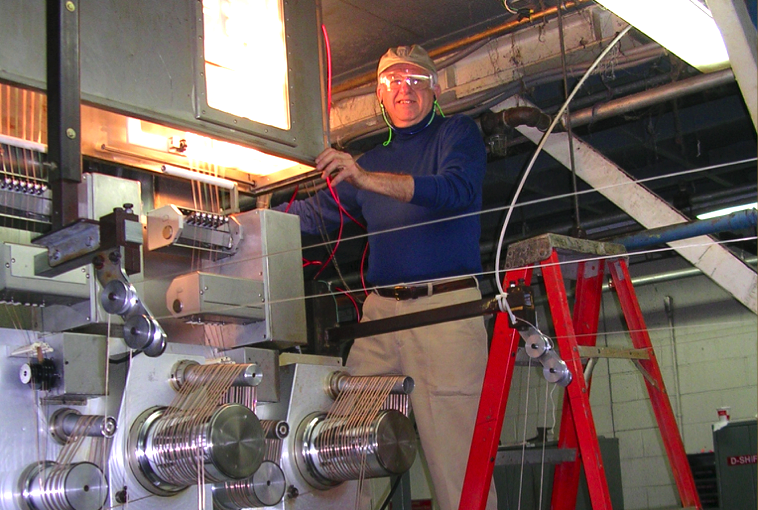 S. Edward Law received the B.S., M.S. and Ph.D. degrees in Biological and Agricultural Engineering with minors in mathematics and physics from North Carolina State University. He conducted research on light-scattering properties of optically-dense biological-particulate systems in a Washington, D.C. instrumentation laboratory as a National Academy of Sciences Postdoctoral Fellow.

He gained further industrial research experience in charged-particulate technology and electrogasdynamics as project leader with Gourdine Environmental Systems, Inc. in New Jersey. He joined the University of Georgia Biological and Agricultural Engineering faculty in 1970, retired in 2006 as Brooks Distinguished Professor, was then rehired part-time at the academic rank of Distinguished Professor Emeritus, and continues to be responsible for research and development of electrostatics for beneficial agricultural, biological and industrial applications as Director Emeritus of the Applied Electrostatics Laboratory. The lab is currently focused upon food-safety and environmental issues as well as homeland security bio-terrorism countermeasures in concert with Sandia National Labs and the FBI's Chemical, Biological, Radiological & Nuclear Labs at Quantico, Virginia.

Dr. Law is a member of the American Society of Agricultural and Biological Engineers, the Institute of Electrical and Electronics Engineers, the Electrostatics Society of America, the Institute of Physics, the International Ozone Association, the Institute for Liquid Atomization and Spray Systems, Sigma Xi, Tau Beta Pi and Phi Kappa Phi. He has been awarded the Creativity in Research Medal by the University of Georgia Research Foundation as well as its Inventor of the Year Award and has received from his college the Brooks Award for Excellence in Research.

Professor Law’s engineering developments have been awarded 24 domestic and foreign patents; the ASABE has twice recognized outstanding commercialized agricultural-machinery products (www.electrostaticspraying.com) resulting from his licensed patents by international AE50 Awards. Additionally, his over 140 peer-reviewed scientific publications have received ten Superior Paper Awards (top 2.5%) from the ASABE and the IEEE. He is a Fellow in ASABE and has received its Cyrus McCormick Gold Medal Award ... “for exceptional and meritorious engineering achievement in agriculture”. He has also been elected to Fellow in IEEE ...“for contributions to electrostatics technology for agricultural and biological applications”... (selection is limited to 0.1% of international membership annually). The Electrostatics Society of America presented him its Lifetime Achievement Award in 1998, its Educator of the Year Award in 2011and its Honorary Life Member Award in 2013. In 1996 Professor Law was inducted into the membership of the American National Academy of Engineering.