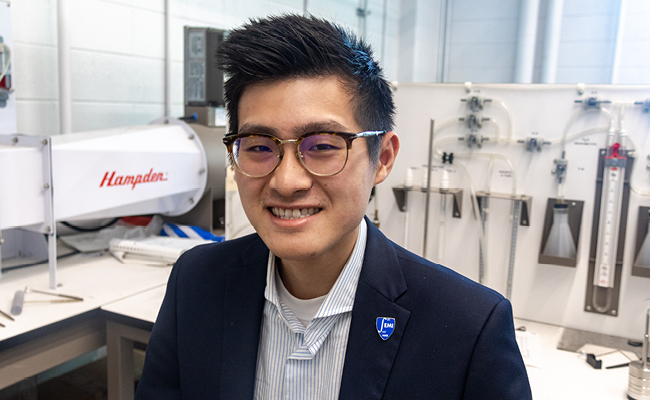 Jason Wang says the UGA College of Engineering's focus on connecting engineering to the liberal arts has allowed him to build extensive, robust skills in his chosen field of civil engineering.

A first-generation college student, Wang says his strategy for excelling in academics is to be fully engaged in his coursework and to constantly pose hypotheticals about the material. He believes if a student isn't asking questions about new material, they do not fully understand the subject.

In addition to his classwork, Wang has been active in the life of the College of Engineering and in the Athens community. He served as a peer learning tutor for students in calculus, Japanese and fluid mechanics and as a teaching assistant in fluid mechanics classes. This year, he served as president of UGA's chapter of the American Society of Civil Engineers, one of the largest most active student organizations in the College of Engineering. Wang has given back to the Athens community by serving as a volunteer for Habitat for humanity as well as a mentor for an after-school learning program.