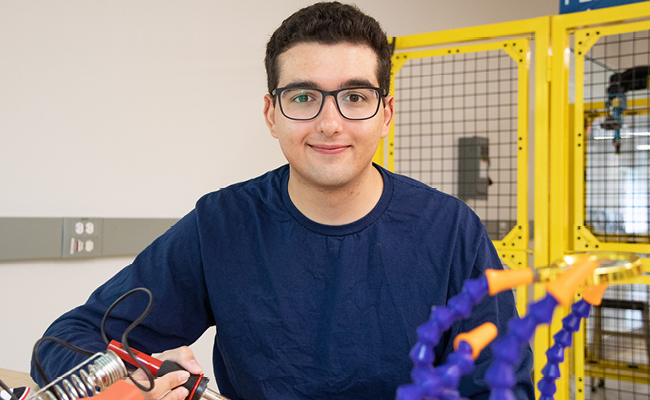 "My determination and having a set goal in mind helped me in the long run, and that is a lesson that I carry with me still, almost 10 years later," said Oliveira.

Oliveira says the most rewarding courses he has completed at UGA also happen to be the most challenging. One example is a computer systems and electronics engineering course that required Oliveira and a team of students to develop an RC car powered by an Arduino with the added ability to connect to the Internet and upload data. Another course requied students to fully develop two video games from scratch, using only Java, JavaFX, and CSS.

"Those two projects taught me what the computer systems engineering major is all about, the merger between core concepts of hardware and software," said Oliveira. "Those courses developed my love for these topics, which I had absolutely no experience with prior to college."