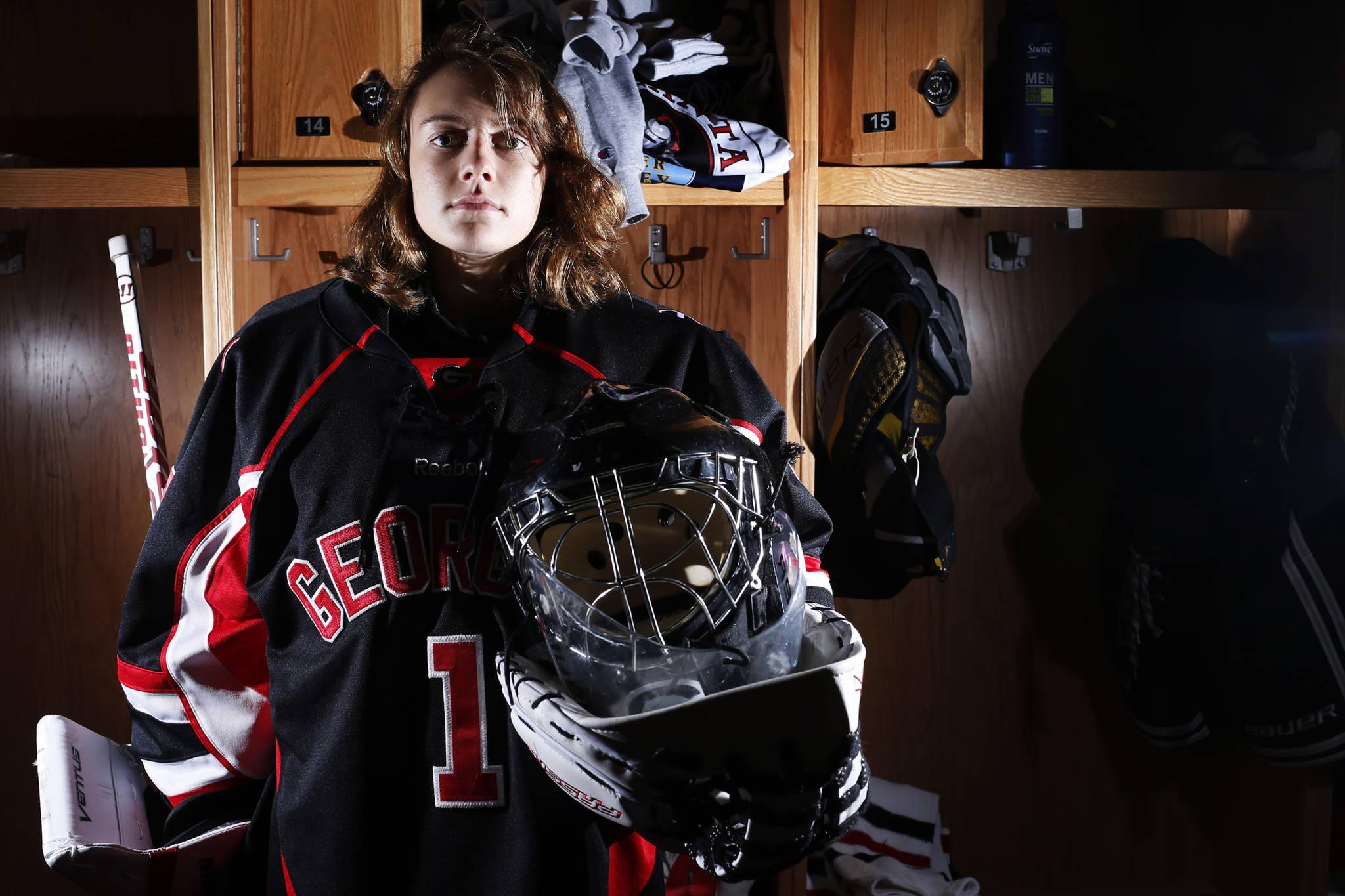 A goalie for the University of Georgia Club hockey team, Emily Barber is the first woman to start in a men's national collegiate hockey tournament.

Barber's ground-breaking accomplishment had its roots in a tryout with the Ice Dawgs at the beginning of her first year at UGA. The team was short one goalie on its roster, so Barber was invited to a practice to see how she could handle the competition.

"The first shot on net was the hardest shot I had ever seen," said Barber. "I swear to this day that I closed my eyes as my left hand flew up and knocked the puck right out of the air. As it turns out, that shot came from one of the top scorers in the nation and so from that moment on, I carried the team's respect."

John Camp, general manager and head coach of the Ice Dawgs, credits Barber with carrying the team to the national championship her freshman season but says her determination extends well beyond the hockey rink.

"I can attest to witnessing Emily focus on studying before practice and on road trips," said Camp. "The discipline that Emily demonstrated was high-level. To train for hockey year-round, commit to academics and face the pressures of being a female goalie on an otherwise all-male team is beyond words."

The College of Engineering Undergraduate Merit Awards for Service, Research, and Athletics honor students who demonstrate a strong work ethic inside and outside the classroom. These students exceed expectations as set forth by instructors, professors, staff and coaches.