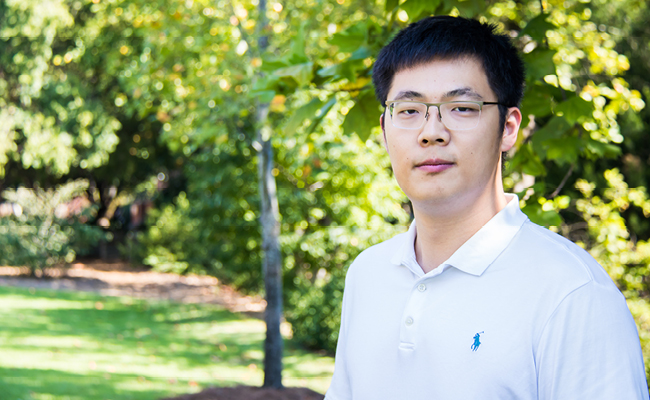 Liu is the first UGA College of Engineering student to receive the highly-competitive award.

The fellowship provides $117,000 over three years to support Liu’s development of a microscope capable of revealing the most fundamental biological processes occurring inside living organisms. The project has the potential to improve human health by advancing biological science and improving the study of organisms that are important models for human disease.

“We want to create an instrument that can bridge the gap between light sheet microscopes and super-resolution imaging,” Liu said.

Liu, who began his doctoral work at UGA in 2016, explained that light sheet microscopes use a laser to illuminate a thin slice of a larger sample such as an embryo or small organism. This method reduces the potential photodamage and stress on the living sample. However, light sheet microscopes provide less than optimal resolution of nanoscale features. On the other hand, super-resolution microscopy uses a variety of optical techniques to allow scientists to examine structures such as neural synapses and nuclear membranes beyond the resolution of conventional light microscopes. 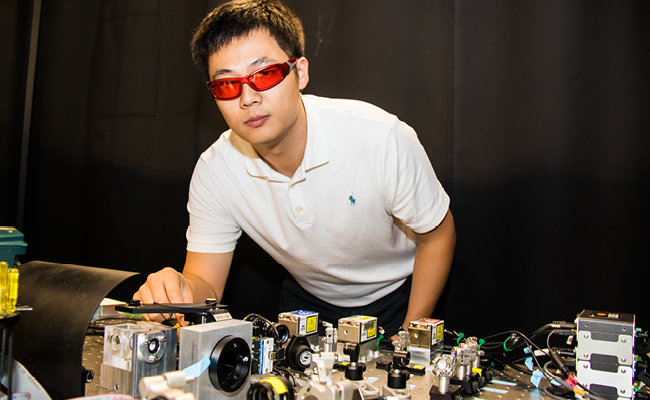 At UGA, Liu works in the laboratory of Peter Kner, an associate professor in the College of Engineering, and collaborates closely with the lab of James Lauderdale, an associate professor in the Franklin College of Arts and Sciences’ department of cellular biology. Kner and his team are working to develop novel techniques of super-resolution microscopy with a goal of imaging cells inside sections of tissue in living organisms. Liu’s work focuses on imaging the central nervous system of zebrafish larvae. Zebrafish are a model for research on stroke, seizures and other neurological disorders because the anatomical and chemical pathways in the fish’s brain closely resemble those in the human brain.

“I think it’s fascinating that we can create instruments that help biologists answer questions regarding neurological disorders,” said Liu. “Understanding is the first step toward developing treatments. To be able to understand or study the fundamental processes in organisms you need the right tools to capture these processes.”

Liu earned his bachelor’s degree in biological engineering from UGA. He worked with OLIS, Inc., a local optics company, before deciding to return and pursue his doctoral degree.

Under the fellowship, Liu will be sponsored by Kner and Lauderdale.

“This is definitely a team effort,” said Liu. “I’ve received a lot of support from Dr. Kner and Dr. Lauderdale and our other collaborators. It’s definitely an honor.”