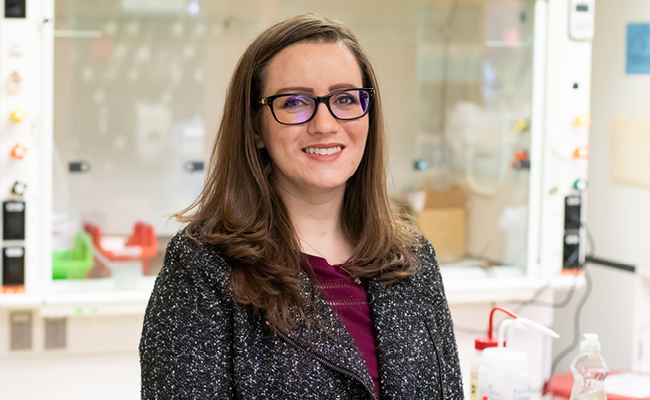 Elizabeth J. Brisbois, an assistant professor in the University of Georgia College of Engineering, is being honored as one of the nation’s most promising young researchers for her contributions in polymer materials science and engineering. Brisbois has been chosen to receive a 2021 Young Investigator Award from the Polymeric Materials: Science and Engineering Division of the American Chemical Society, or ACS PMSE.

Scientists and engineers from academia, national labs and industry selected for the honor are within seven years of beginning their independent research careers. Brisbois is one of only 14 researchers chosen from an international pool to receive the prize.

“It is an incredible honor to be selected for this year’s prestigious ACS Young Investigator Award and to be included among such a strong cohort of awardees from the field,” said Brisbois. “I’m extremely thankful to the UGA College of Engineering, my collaborators, and the students whose support and efforts have made this achievement possible.”

Brisbois’ research, which lies at the at the interface of chemistry, materials science, bioengineering, and microbiology, is focused on improving existing medical devices and decreasing adverse complications for patients. Despite decades of bioengineering research, many medical devices including catheters, biosensors, insulin pumps, and extracorporeal life support circuits can produce harmful side effects due to their lack of biocompatibility. Brisbois and her team are designing and developing medical device materials using molecules that exist in our bodies. This approach is designed to enhance compatibility and to reduce severe complications such as thrombosis, inflammation, and infection. 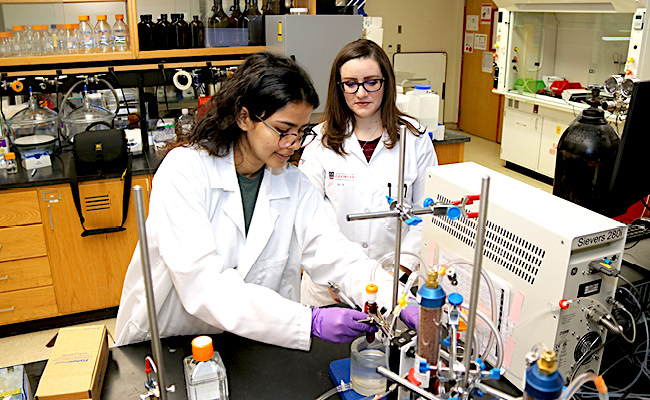 “Dr. Brisbois’ research has the potential to positively impact people around the world through the development of biocompatible medical devices,” said Donald Leo, dean of the UGA College of Engineering. “She’s most deserving of the ACS Young Investigator Award and it’s exciting to see her outstanding work being recognized by fellow researchers.”

Brisbois earned doctorate and master’s degrees in chemistry from the University of Michigan. She received a bachelor’s degree in chemistry and secondary education from Concordia University in Seward, Nebraska.

Brisbois and other honorees will present a technical talk describing their recent research advances at the 2021 Polymeric Materials: Science and Engineering Young Investigator Symposium, scheduled for March 20-24 at the Spring 2022 ACS Meeting in San Diego.