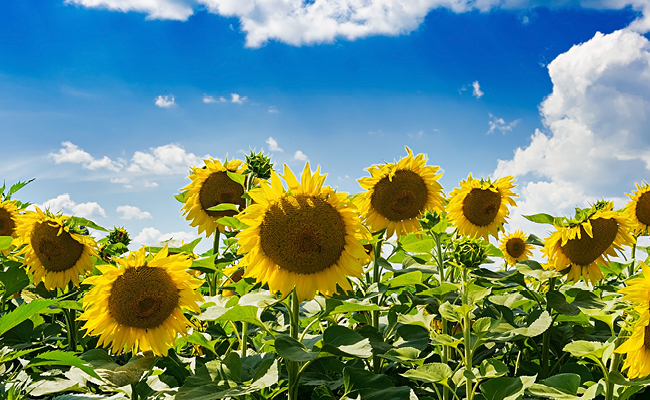 Study shows Georgia could cut its carbon footprint by 50%

Georgia’s sunshine, trees, agriculture and construction industries could help the state reduce its carbon footprint by half in less than a decade, according to a new study by a team of scientists from the state’s leading universities.

The study was conducted as part of Drawdown Georgia, a project that aims to identify solutions to climate change through home-grown options that already exist in the state’s toolbox. The research team, led by Regents Professor Marilyn Brown of Georgia Tech’s School of Public Policy, included researchers at the University of Georgia and Emory University. The findings were published July 26 in the Proceedings of the National Academy of Sciences (PNAS).

The team’s 20 solutions include boosting solar farms, adopting electric vehicles, retrofitting buildings, implementing nature-based forestry solutions and reducing food waste. What made the team’s analysis unique was how members evaluated the solutions as a whole, rather than adding up the effects of individual solutions. For example, solar power used to generate electricity cuts carbon from burning coal and natural gas while magnifying the carbon reduction effect from electric vehicles.

By implementing the solutions at an achievable pace, Georgia’s net greenhouse gas emissions—estimated at 156.5 megatons in 2015 and 122 megatons in 2020—would fall to 79 megatons in 2030, the benchmark year chosen by the United States under the Paris Agreement. A megaton is 1 million metric tons.

“Sustainable food, agriculture, and forestry systems are the backbone of Georgia’s rural economy and can offer a plethora of climate solutions to meet Georgia’s carbon reduction goals,” said Sudhagar Mani, a professor in the UGA College of Engineering and a co-author of the study. “The Drawdown Georgia team worked collaboratively with stakeholders to identify solutions, such as composting and conservation agriculture that can rejuvenate Georgia’s soil as carbon sinks.”

Mani, with UGA colleagues Jacqueline Mohan of the Odum School of Ecology and Puneet Dwivedi of the Warnell School of Forestry and Natural Resources, focused on solutions to enhance carbon sequestration.

“With about 60% of Georgia in forestlands, these lands effectively and naturally draw down carbon from the atmosphere while also filtering out air and water pollution and providing jobs,” said Dwivedi, an associate professor of sustainability sciences in the Warnell School of Forestry and Natural Resources.

Mohan, an associate professor in the Odum School of Ecology, agreed. “Forests are one of the surest and safest ways to reduce atmospheric carbon,” she said.

In addition to Mani, Dwivedi and Mohan, Jeffery D. Mullen of the University of Georgia and Blair Beasley of Emory University co-authored the paper.

The research team concluded that the financial impact of reducing emissions to 79 megatons could range from possible costs of $148 million to potential savings of $1.3 billion. These estimates do not account for public health benefits, coastal land protection or equity impacts such as solving food insecurity and energy poverty. They also may not capture all costs, such as “institutional or information barriers that would require significant costs to overcome” in some sectors, such as food waste and recycling, the authors warn.

But strong financial incentives accompany the climate solutions, according to the paper. Georgia is already beginning to see the economic benefits of the transition to a green economy with the construction of new solar and battery manufacturing plants in the state. Scaling all 20 proposed solutions is a big undertaking, but it would provide dramatic results, Brown said.

“If Georgia were to pursue the full technical potential for all 20 solutions, the state could achieve a net-zero carbon footprint in 2030, indeed possibly overshooting carbon neutrality by 11%,” the authors wrote in the paper. “Georgia stakeholders could then hypothetically sell carbon credits into carbon offset markets, helping other states meet their goals and collecting revenues to cover the cost of their drawdown investments.”

The paper, “A Framework for Localizing Global Climate Solutions and their Carbon Reduction Potential,” was published July 26. It is available at https://doi.org/10.1073/pnas.2100008118.