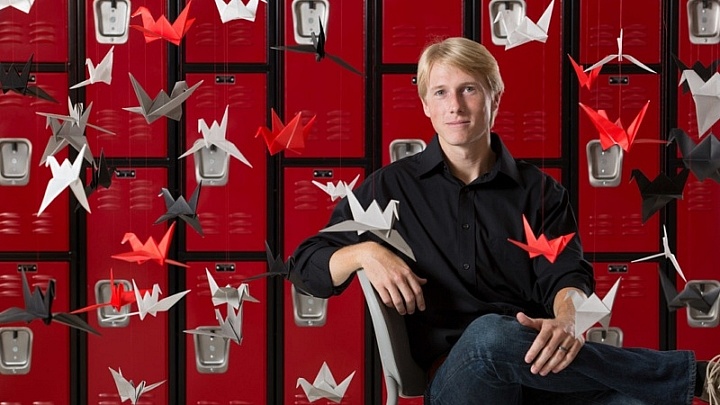 An ancient Japanese legend says a person who folds 1,000 paper cranes is granted a wish from the gods. For Zion Tse, paper folding—or origami—was how he and his brother entertained themselves growing up in Hong Kong with two working parents.

“Basically, every toy we had was a do-it-yourself out of newspaper. We created paper race cars, paper castles and paper robots,” said Tse, associate professor of engineering. “Because of that, I have been fascinated by the beauty of this Japanese art craft since I was young.”

At Tse’s Medical Robotics Lab, origami provided the inspiration for graduate student Austin Taylor (pictured above) to design a novel cardiac catheter. Working with Tse, Taylor developed a device that’s small enough to fit on the tip of a catheter, but expands once inside the heart to provide physicians with high-quality imaging and therapeutic tools.

Origami techniques have been used in other biomedical applications, but Taylor’s prototype is the first to add imaging capabilities to a catheter. The research was published in the Journal of Medical Devices.

Taylor’s catheter is designed for ablation, a procedure used to treat patients whose hearts may beat too fast, too slow, or erratically. Such arrhythmia prevents the heart from pumping blood effectively and, if untreated, may damage the lungs, brain and other organs. The catheter delivers radiofrequency energy to cauterize the area of heart tissue that’s causing the problem.

His design adds magnetic resonance imaging coils that capture high-resolution scans inside the heart during the procedure. Normally, physicians rely on external MRI coils and use electrical impulses generated by electrode catheters to locate abnormal sites in the heart.

“Placing an imaging coil inside the heart will allow us to locate abnormal tissue more accurately,” said Taylor, who is pursuing a Ph.D. in biomedical engineering. “Combining imaging technology and ablation tools in the same catheter also reduces costs by decreasing the amount of time the MRI machine is used.” 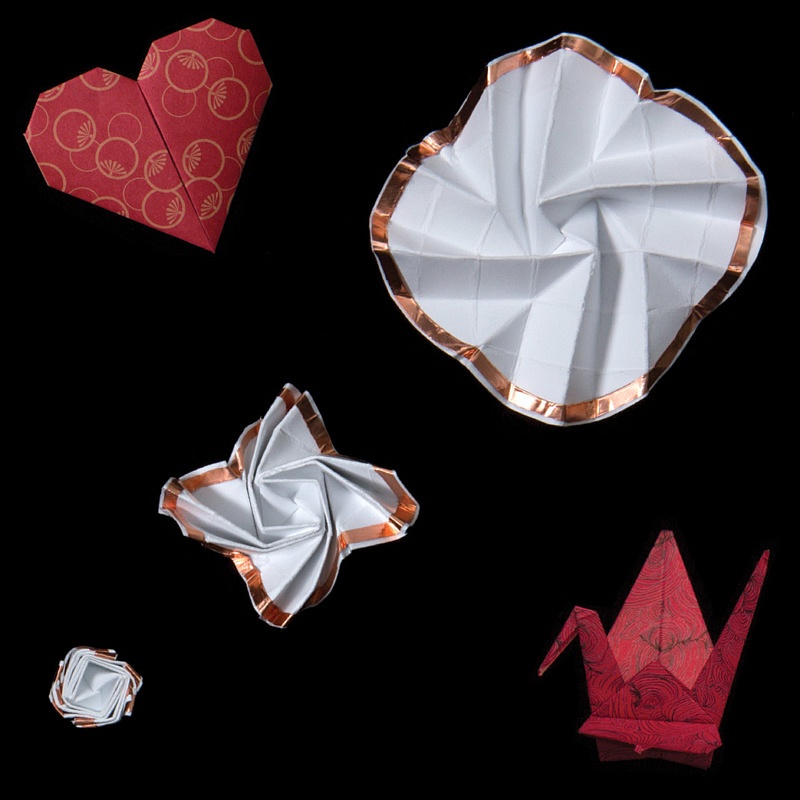 Tse and Taylor’s work is part of a broader engineering trend. Origami techniques have become a popular strategy for reducing the size of objects that need to open up and become bigger. Applications have included heart stents, automobile air bags and satellite solar panels.

The movement began to unfold in the mid-20th century after Japanese origamist Akira Yoshizawa developed universal, picture-based instructions for paper folding that helped bridge the gap between art and science as well as different cultures.

American physicist Robert Lang made further advances, exploring the mathematics underlying the art form and pioneering new design techniques after leaving his original career in 2001 to focus on origami. One project involved a telescope with a lens the length of a football field; Lang calculated how to fold the lens to fit inside a rocket and then reopen in space.

Taylor’s enhanced heart catheter needed similar delivery and functionality, but on a much smaller scale. To create his device, he used an origami shape known as flasher, which is small when folded but expands rapidly. A YouTube instructional video labeled “easiest flasher” involves performing more than 50 folds and pleats. Early versions took Taylor 20 to 30 minutes to create.

“What’s nice about that shape is that when it folds down, the exposed surface area becomes very small compared to when it’s unfolded. We got about a 5-to1 ratio on that size difference for our prototype,” he said. “If we fabricate it at a much smaller level, we can get a 10-1 ratio.”

Taylor, a lifelong athlete whose interest in biomedical engineering was sparked by his own injuries and recoveries, is also finding inspiration in a child’s toy. Using the principles behind Jacob’s Ladder, a toy made of wooden blocks woven together with cloth, he’s creating an endoscopic device that offers increased mobility and control.