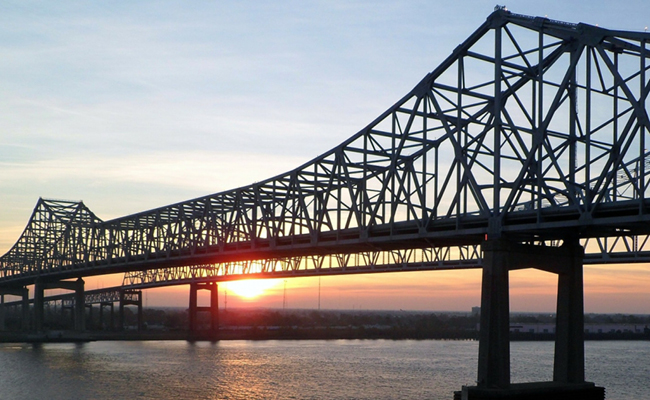 Researchers in the University of Georgia College of Engineering are partnering with scientists and communities along the Mississippi River to battle plastic pollution in the nation's most important waterway.

Marine debris that continuously enters the Mississippi River poses a large threat to environmental quality and ecosystem health. As the drainage system for 40% of the continental United States, plastic waste and other litter travels through storm drains and smaller waterways into the river and its tributaries, ultimately making way to the Gulf of Mexico and into the ocean.

Approximately 8 million metric tons of plastic enters the oceans each year, with rivers contributing to a significant portion of that amount. In 2016, the U.S. generated 42.0Mt of plastic waste, the largest amount of any country in the world, and was the third largest contributor of mismanaged plastic waste to the coastal environment globally. *

The Mississippi River Plastic Pollution Initiative will begin with data collection in three pilot locations along the length of the river: Baton Rouge, Louisiana; St. Louis, Missouri; and St. Paul, Minnesota. The data, which will be collected throughout April 2021, will be generated through a ‘citizen science’ approach, enlisting the participation of thousands of community volunteers.

“Citizen science allows us to work together with communities to capture data on what is entering the environment, close to the source,” said Jenna Jambeck, the Georgia Athletic Association Distinguished Professor in Environmental Engineering at UGA and National Geographic Fellow. “This scale of data collection would be impossible without the participation of thousands of community members along the river to inform upstream solutions to plastic pollution.”

The data collected will generate a critical baseline for decision-makers in both the private and public sectors, against which to judge the success of their efforts to reduce plastic pollution flowing into the river and to inspire effective policy action.

“We enthusiastically applaud the Mayors from along the Mississippi River for tackling the critical challenge of plastic pollution in our rivers and marine environments,” said Barbara Hendrie, Director of UN Environment Programme’s North America Office. “With just 9% of all plastic being recycled globally, we have to work together to address the way we produce, use and dispose of single-use plastic.”

“As one of the world’s most vital waterways, it is incumbent on us to pilot efforts that will help ensure major rivers stop contributing to the plastic pollution of our oceans,” said Sharon Weston Broome, Mayor of Baton Rouge, LA and MRCTI Co-Chair. “Mississippi River Mayors are taking action by mobilizing local communities and working with key partners to deal with single-use plastic pollution to protect our planet and people.”

About the University of Georgia’s Debris Tracker

Debris Tracker is a free mobile app designed to help community members make a difference by contributing data on plastic pollution. Developed in 2010 in partnership with the National Oceanographic and Atmospheric Administration (NOAA) and currently supported by Morgan Stanley, the Debris Tracker community is creating a bigger picture of marine debris and plastic pollution through collecting open data, generating scientific findings, informing policy, and inspiring upstream design. Every day, dedicated educational, non-profit, and scientific organizations and passionate citizen scientists from all around the world record data on inland and marine debris with the easy-to-use app, with over 3 million items logged to date.